Here are some of the rackets taking place in our healthcare system that create an environment where it’s healthier to stay away from doctors in America today. Let’s see if you have witnessed any of these happen to anyone you know, or perhaps even yourself. All of these opinions are my own personal ones after having seen all aspects of the medical system. After being educated in a socialized healthcare system, I trained here and later worked as a hospitalist, family provider and now a marijuana doctor. Let’s take a look at some reasons why I tell some of my patients to stay away from doctors if they want to do what’s best for their health. 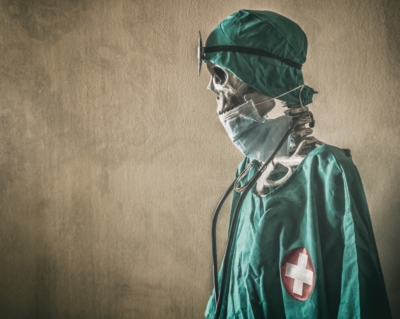 This dark field of medicine harbors some of the most private physicians in existence. This unusually mysterious type of physician feeds off the insurance and social security of addicted citizens. They are like parasites from the movie The Matrix, living off humans comfortably controlled with the drug methadone. Rather than wean patients off of opiates, they retain them at the same doses or escalate them higher to secure a returning customer. Their management plans are treated like they were chiseled out of stone.

Some patients realize the truth behind methadone clinics and bravely wean themselves off the drug dependency they’ve been hooked on by the physicians. These individuals are few and far between. Meanwhile the remaining clinic patients return daily for their drugs, like zombies entranced by methadone c

linic doctors who must not fear hell because they lack a soul. 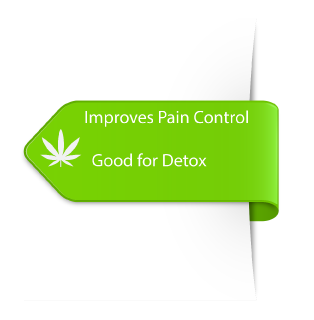 – Marijuana can help patients wean off of opiates and other drugs, like benzodiazepines and alcohol(delirium  tremens). 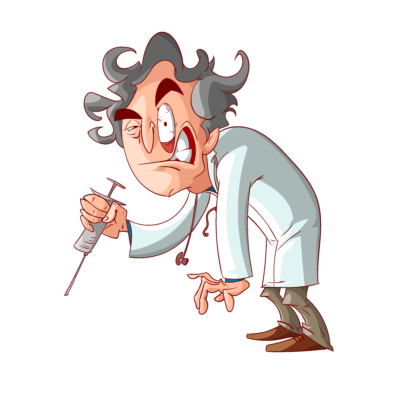 These physicians are the worse at their jobs because they claim to be specialists of pain management, yet they worsen chronic pain by prescribing opioid narcotics that temporarily mask the pain receptors, which reciprocate by reinforcing their presence so the body becomes hypersensitive to the pain in the long-term.

This field has taken the course of methadone clinics and creates vicious addictions in their clients, thus securing long-term monthly appointments. To keep the clients happy, they liberally provide them addictin g drugs while they charge their insurance companies appointment fees. 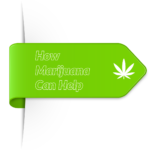 How marijuana helps- Marijuana is a far more effective long-term option for chronic pain relief than what pain specialists have to offer. A non-addicting immediate-onset drug that has few side-effects and is a Gateway-Out Drug saving them from the grips of Today’s American healthcare Industry. 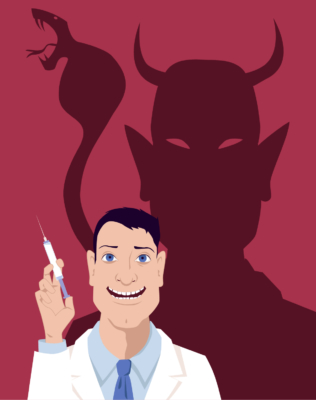 In recent years, pain specialists, rheumatologists and even neurosurgeons have begun poking patients left and right and all angles whenever possible with needles containing corticosteroids and local anesthetics. A quick prick of a needle provides little benefit (especially after the first time) to the patients but bring big returns to the doctors pockets. Each injection is thousands of dollars. In other countries, it would be a couple dollars only.

Let’s not forget that corticosteroids are very well known to be associated with osteoporosis and weakening of the bones, so consider what this does to the long-term vigor of our back bones! 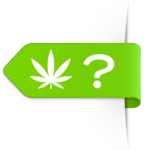 How Marijuana Helps– Topical THC is the first-line treatment for musculoskeletal inflammation.

This racket is conducted between attorneys, patients (their clients) and doctors who profit from the referring attorneys, who they know on a personal level. Very often these attorneys and doctors will share the same floor in a building alongside a chiropractor or some kind of physical therapy suite.

The way this works is a client falls at work and goes to the lawyer. The lawyer refers the client to their close friend Dr. Pain. The pain doctor then refers the patient to physical therapy and provides high dose narcotics. This strengthens the case for the attorney and the patient against the employer by suggesting a higher than normal severity of pain. The clients either begin a heavy long-term narcotic dependency, or happily fill the drugs for purposes of diversion and side money. The physical therapist (on the same floor) recommends various studies and indicates the reasons for these studies as severe pain and work-injury. The radiologists know what to do, and the Physical Medicine and Rehabilitation physicians at the physical therapy suite recommend EMGs (electromyograms) of the nerves and muscles and confirm the attorney’s suspicions of tremendous damage at the site of the injury. While the case is made bullet-proof on paper for the courts, the medical practitioners feed off of workman’s compensation, court-mandated reimbursements, and old-fashioned health insurance, of course. 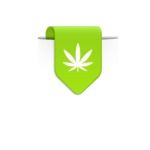 Attorneys have begun referring patients to Nature’s Way Medicine for pain management, instead of the addiction-creating pain specialists destroying their clients lives and preventing more work from them in the future.

These are the doctors in America who I call the “Gateway Doctors” because they are the gateway to opiate addiction for patients. I used work above these doctors as a hospitalist and decline their patients until I felt there was one worthy for an overnight admission. Emergency physicians hurt my patient satisfaction because I would not continue their liberal use of IV dilaudid, which heroin users have told me is better than heroin.  A surprising portion of patients become frequent flyers who complain of pain to receive more of that juice in their veins. This population of patients would later grow large enough to fuel the entire specialty of pain management, which had previously been a normal part of healthcare for every kind of doctor (even pathologists were discovering skyrocketing incidents of overdoses in post-mortem autopsies).

At one hospital I was told by my direct superior that I could no longer decline patients from the ER. So I started accepting patients and discharging them right out of the ER. Then, I was told I had to admit all patients to the medical unit. So, I told the patients the real costs they would pay if they were admitted. The most common response, “I’d rather die than risk paying that much!” What really hurt me and was unethical was when I was told I could no longer change other physicians orders (including those that were placed as verbal-orders by other doctors under my name, like admission orders). Once the ER doctors were able to do that, they took advantage and began ordering consultations from their colleagues in other fields, who would then consult others.

Can you imagine being the primary medical floor AND intensive care unit doctor while blocked from changing the patient orders (that were placed for the purpose of killing un-insured patients so emergency surgery could be averted, and to slow the recovery of insured patients whose stays and unnecessary high-paying procedures would be reimbursed by HMOs). My subordination to save my patients caused a position at Christiana Hospital to be declined one week before my family’s move to Delaware in the Summer of 2015. Meanwhile, the ER doctors continued their job overmedicating with opiates and separating send-home patients from those requiring a higher level of care beyond that which is possible from an emergency medicine residency. This is America, where any homeless person in America can say the magic words “chest pain” for a free overnight stay at their local emergency department safe from the cold while they get fed and given narcotics to keep them quiet overnight.

There are some ASTUTE Emergency Physicians out there (M. Shoemaker, C. Karns, and many more) but most have become a bigger problem to society now that their management bankrupts American families. For doctors who are supposed to keep cool in emergencies, they have the opposite style of medical practice –  casting the widest nets possible for initial orders (MRIs, CTs, Blood tests) and too afraid to make a judgment call using only keen intellect rooted in a life of perpetual self-study. They are the “Defensive-Medicine Experts” who were once experts of the lost art of, “Clinical Diagnosis” but now require being fed the diagnosis by other consultants (especially the radiologists). They are like the kid who gets through school gleaning answers from their classmates rather than learning how to do the hard work themselves! 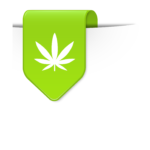 How Marijuana Helps – Cannabis can provide immediate relief for many conditions in the Emergency department. Inhaled THC is immediate-acting, serving as the perfect reliever of some of the emergency department’s most common symptoms – seizures, anxiety, panic attacks, depression, opioid addiction, alcoholism, detox, grief, and OF COURSE… both acute and chronic pain.

Not much bad to say here. These guys are carpenters of the skeleton that generally provide important services when there are no other options. Their work is almost always successful and results in general recovery. Personally, I would choose an orthopedic surgeon over a neurosurgeon for back surgery. If it involves carving and chipping bone, stick to the bone specialist. That’s what they’re here for. 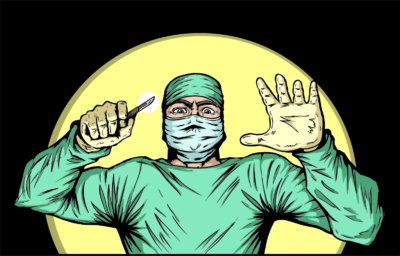 I will never forget the ridicule I experienced by a young neurosurgeon named Brian Jankowicz, on my second rotation as an internal medicine resident. On two occasions he belittled me in front of the entire ICU. The first time was for waking him in the night to ask a question and the second was for failure of the overnight nurses to administer a treatment (despite my multiple reminders). My point in bringing this up is that I have seen a stiff-upper-lip high-brow superiority complex from every neurosurgeon I’ve met in clinical practice to date. These doctors have the longest training of any specialty, get paid the most and have the highest malpractice rates. They are the opposite of family doctors who get paid the least of doctors, spend less than half as much time in residency training, and are sued the least by their patients. Today, these doctors have shifted their scope of practice to the chronic back pain population, not unlike the pain specialists. They now perform spinal surgeries for back pain, often without any other symptoms or neurological deficits. They prepare their patients for additional surgeries in subsequent years. Let’s not forget that the more invasive a treatment, the stronger the placebo effect. So with a 50% improvement rate following spinal surgery, what’s their real success rate!?

How Cannabis Helps– Common reasons for spinal surgery are chronic pain, neuropathy and muscle spasms. All of these conditions have seen benefits in my patients after they receive their medical marijuana cards (chronic pain >> neuropathy >>> muscle spasms).

Stay Tuned for Part 2. Topics discussed will be:

Tips for Patients, and
The Importance of Primary Care

BUT, If you want to read part 2, enough people need to share this first part across the internet to motivate me to write it!

Especially on reddit. That site hates me for some reason!
Thanks!