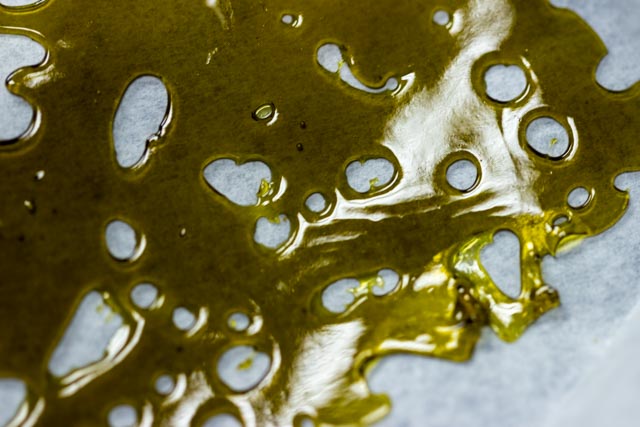 This is a brief overview of using marijuana concentrates, colloquially known as dabbing. It is a potent method of inhaled administration compared to smoking raw product. Cannabis concentrates have become increasingly popular and widespread in recent years so physicians should prepare themselves for questions from patients about this.

Marijuana extracts and marijuana concentrates are by-and-large the same thing. Whether the concentrated product is extracted or pressed (see below), is a matter of preference. We are discussing material consisting of highly-concentrated organic compounds mostly consisting of the psychoactive ingredient tetrahydrocannabinol (THC) for its medicinal properties. It is now generally accepted that there exists an “entourage-effect” by cannabinoids (including the non-psychoactive brother molecule, cannabidiol (CBD)) that functions to enhance the therapeutic properties of the product as a whole. Though THC plays the leading role, it’s performance is influenced by supporting cannabinoids. We can speculate that it is for this exact reason that the drug dronabinol (Marinol®) – a pure form of THC (paradoxically allowed by the DEA as a schedule III medication) – is less effective than cannabis for most conditions approved for marijuana treatment. 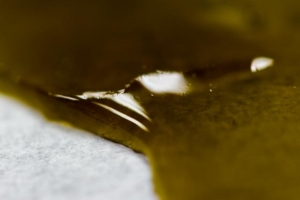 Marijuana concentrates come in a variety of textures, colors, and qualities that are appreciated for their medical value as well as their taste and flavor by connoisseurs. They share in common a distilled product containing the primary cannabinoids but vary in amount of additional plant compounds complementing the unique profile of the strain of cannabis it was taken from. The most cutting-edge products remove all but the active ingredient and are a purified distillate of THC. Alternatively, High Terpene Full Spectrum Extracts infuse terpenes – a diverse class of compounds found in marijuana that add flavor and possibly additional therapeutic properties, though that is up for debate.

The slang terms for concentrates are based on the look and feel of the product. Wax is a pliable oily substance that is solid at room temperature. Shatter is a glassy translucent material typically laid flat on wax/parchment paper due to its stickiness. I’ve heard that the darker the extract, the more impurities there are. The highest quality pure distillates are clear and colorless. Hashish/hash – a soft black puddy high in THC – is perhaps the earliest and crudest form of a marijuana concentrate; enough to set it apart in its own category.

These various terms for extracts and concentrates are often used interchangeably with the word dabs. Traditionally, the word dab meant only the action of using marijuana concentrates because a user would physically dab a grain-sized piece onto a hot surface to incinerate it for inhalation. Today, the word ‘dabs’ has become increasingly used for marijuana products consumed by [the act of] dabbing. 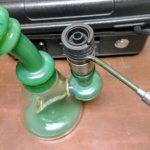 The actual method of using concentrates involves the use of an instrument called an “oil-rig.” This works the same way as a bong, pulling air through water at the bottom of a cylindrical pipe.  Instead of holding marijuana in a bowl-shaped “bowl” with a hole at the bottom to draw fire and smoke through, there is a flat knob called a nail, that serves as a surface to heat before dabbing marijuana concentrates onto it while inhaling the evaporated fumes. 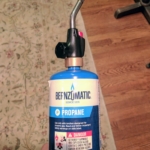 Most commonly, gas torches are fired directly onto the nail until glows. Then, the nail is allowed to cool for less than a minute to reach an optimal temperature before making contact with and instantly evaporating cannabis concentrate. Inhaling through the device channels the active ingredients contained in the vapors for a concentrated inhaled dose of cannabinoids. Newer products use electronic “e-nails” to heat a coil surrounding the nail. Each method of use has its pros and cons and both need to be handled with the utmost care. Safety is our number one priority. 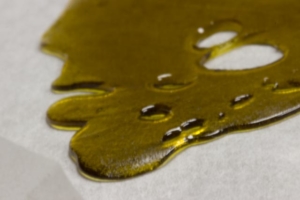 This is probably the form of marijuana consumption that is highest in dosing. It delivers highly concentrated gas to the lungs for immediate therapeutic onset. This may seem unhealthy to some, but note that the water present at the bottom of oil-rigs does not brown after use like in water pipes for smoking. This is a testament to the purity of marijuana concentrates and the strides we have made in manufacturing and production of these products. Today’s top-shelf medications are produced using CO2 extraction methods for smoother hits (ie, inhalations) and refined taste without unwanted residual byproducts left behind by older extraction methods.

I should mention another form of concentrate that’s made by squeezing-out the cannabinoids and terpenes from dried marijuana using with heated metal plates. The resulting product is called rosin and is favored by many for its broader array of natural terpenes, a matter of preference.

This is a brief summary on dabbing. It’s been written about many times before but never from a physician’s viewpoint. 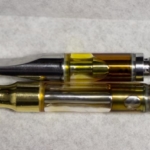