The Disease Medical Marijuana is Most Important for is PTSD

A growing number of patients know that when Dr. Turgeon is at our Wilmington office to assess patients with PTSD for medical marijuana treatment, Dr. Roman will be there to help patients with their paperwork. We’ve been doing this for almost a year soon and I’ve really changed my view on PTSD altogether.  It’s become the disease that I feel is most important to treat using medical marijuana above all the rest. 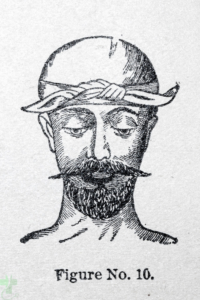 When I learned about PTSD, I immediately understood the concept/pathogenesis of the disorder. It was quite honestly right in the acronym.

A disorder that is caused by trauma and causes stress to the point of being a disorder. Right? Well, yes. That is right. It’s the most core principle that is shared by its sufferers. They lie on a spectrum of severity ranging from the basic definition of ‘disorder‘ – a negative impact on one’s life – to completely dysfunctional and emotional instability refractory to conventional therapy and medications. The worse off they are, the more medical marijuana is a gateway back to their normal lives.

How Medical Marijuana Works for PTSD

Medical marijuana works for PTSD unlike any other medication. To be honest, I’m not sure how or why it alleviates symptoms. It would be interesting to get some viewpoints and personal opinions from those who use marijuana to treat their PTSD. Maybe some will use this opportunity to comment and share their experiences. In any case, I think part of the reason for medical marijuana’s efficacy is its effect on stabilizing both the mind and the body separately.

Medical marijuana is touted as a drug that restores homeostasis to the body. Perhaps it does the same with the mind. Our bodies can fall out of balance in a number of ways – appetite, sleep, weight, adrenaline, our bowel schedule, metabolism, progressive chronic pain, etc. Marijuana seems to have an effect on bringing things back to the middle, the default, neutrality. For this reason, appetite is increased in those suffering from failure to thrive and cachexia but decreased in those who eat too abundantly. For insomniacs, sleep is restored. Inflammation is suppressed. Over-sensitized nerves are reset to baseline. This is the way balance is restored and the body returned to its usual state, otherwise known as homeostasis.

How does this relate to PTSD? Perhaps marijuana has a similar effect on the homeostasis of the mind. Patients suffering from PTSD have hypersensitivity to certain stimuli that trigger emotional responses anchored to the original incident(s) that caused the disorder in the first place. Thus, marijuana may inhibit dysfunctional neurological pathways from firing. Since the evoked response is a result of afferent sensory neuronal signals, it can be construed that cannabinoids would likely have the same effect as they do on the afferent sensory fibers traversing our dorsal horns.

Like it extinguishes much of the unnecessary inflammation floating around our body, medical marijuana may do the same to unwanted anxiety that has become a new baseline for an individual. PTSD sufferers are often constantly worried about experiencing one such trigger, or, they may have recurring memories throughout the day. This would evoke anxiety around-the-clock. Again, the pathogenesis of these symptoms is an irregular hyperactivity involving neuronal pathways. Tied into this is the emotional effect of hormones on the brain often resulting in a negative feedback loop spiraling out of control.  Marijuana can potentially break this cycle by limiting one or multiple parts of that loop and returning the mind back into a state of reparability. Continued therapy and counseling is still necessary, but the possibility of healing becomes available once again from cannabis. Despair can repair.

Our brains get bombarded with signals from our bodies and mind constantly. We are reminded of things throughout the day that evoke emotional responses inside of us. We feel the sensation of our clothes slipping onto our bodies, only to go numb to that sensation immediately after from the parts of us that shut-off unimportant signals. Chronic pain signals are usually a defect in this system and they can continue to run up the cord to our brain forever, or worse, inexplicably amplify over time. Marijuana restores the body’s ability to shut off those signals and file them into the cabinet with the rest of the meaningless messages. The same may hold true for signals in our mind that are overactive like those resulting in PTSD flash-backs or constant anxiety and long-term depression. Marijuana may have a homeostatic effect on our mental states, like a mood-stabilizer that acts both ways.

The Results Witnessed in our PTSD Patients

Marijuana is not a cure-all. Some of our PTSDers have had only moderate benefit. Still, all of our follow ups have had far better results than their prior conventional pharmaceuticals. This has been confirmed by the notes of their outside therapists and psychiatrists.

How My View on PTSD Changed

PTSD used to be a condition I thought of as rare and mild-to-moderate in severity, relative to the usual diseases I treated as a hospitalist. Since starting to work alongside Dr. Turgeon, however, I have since drastically changed my mind. PTSD is a disorder that is extremely common. Many of our veterans at the VA suffer from it, and many of our neighbors and friends do too. They often feel shame or guilt and almost never disclose it to others unless they have to or are comfortable being asked about it. Because of this the prevalence of PTSD seems less than it is. Believe me, it is all around us.

The second most important factor that changed my view was its severity. People are often incapable of living normal lives. They may be unable to form relationships with others. They may have chronic insomnia from night-terrors and nightmares. Or, they may be emotionally unstable and not capable of controlling themselves and their decisions.

In any of these cases, they are incapacitated from living normal lives. It’s not their quality of life that’s the problem, it’s their ability to experience life. Few other conditions are like that, and for this reason I’ve come to believe that PTSD is the most important condition to treat with cannabis. When you use it on patients like these, you actually are saving lives.