Doctor James A. Duke, PhD is an internationally renowned botanist specialising in using plants for resources like food, medicine and biofuel. Jim, as he likes to be called, has worked for the US Department of Agriculture (USDA) for almost 30 years and developed their phytochemical and ethnobotanical databases compiling his research. He has authored dozens of books on botanical medicine, including “The Green Pharmacy,” a best seller since 1998. As a medical marijuana physician, I was honored to conduct this Dr. James Duke, PhD interview.

In this interview, Dr. James Duke, PhD is asked his thoughts on cannabis and CBD. As one of the most prominent experts on the subject, he confirms that cannabis has been a part of the human diet. This adds further support for cannabinoids like CBD to be grandfathered in by the Food and Drug Administration (FDA) as “New Dietary Ingredients” for use as nutritional supplements in effect legalizing the plant. 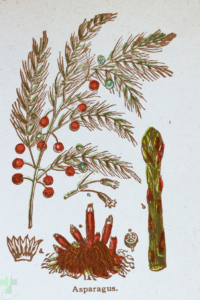 Dr. Roman: I’m here today with Dr. James, though I think he likes to be called Jim, Duke PHD who has an extremely long career of tremendous achievements in the botanical industry and in the natural healthcare research aspect of healthcare. Could you tell us a little about that?

Dr. James Duke: Well my first story. it’s’ always my branching off story. in 1995 i made critical decisions. I was gonna retire from usda 1 yr early, and i might lose a little of my pension, but I retired to take a shot at the book called the green pharmacy. and that was the best decision I ever made because it sold a million copies and supports the garden you’ll be visiting later.

Dr. Roman: That’s quite an achievement. so a little about myself; I’m a traditional physician, md. My prior career was in hospitalist medicine. which was basically taking care of everybody in the hospital who needed to be cared for while the specialists do their jobs and their roles around you.

Dr. James Duke: What did you call it, hospice-ist?

Dr. Roman: Hospitalist medicine. I was a hospitalist. It’s a new field but i moved out of that and went into a more naturalistic and holistic form of healthcare by incorporating medical marijuana into my practice. And I started a private practice dedicated to integrating medical marijuana with traditional allopathic medicine and since that time, that was in 2015, since then, I’ve seen tremendous success getting people off of opiates and treating autoimmune diseases, effects of chemotherapy and even potentially prolonging cancer… you know, the life expectancy of people with cancer at my clinic. So, these are really tremendous efforts that I’ve pursued and I’ve seen success with them and so now I’m kind of looking to others with much more experience in this field to see what else I can glean from them.

Dr. James Duke: Well I created a database probably 3 years ago based on what pub med had and the literature on cannabis and I too consider it to be one of the most important medicinal plants.

Dr. Roman: What are your thoughts on its prohibition and the regulations on it by the government?

Dr. Roman: Right right they seem to be slow to adapt to the popul… to the public’s beliefs. One of the things I’ve noticed is that cannabis always was sort of thought of as a medicine that… or a plant that gets you high and in it is this tetrahydrocannabinol cannabinoid molecule that is the chief culprit of that. Now I do think it has a lot of medical benefits but in more recent years, a lot of light has been shined onto the other cannabinoids like CBD for example, which do not get patients psychoactively high, but seem to have some therapeutic properties.

Dr. James Duke: And, ironically, they seem to make a good synergistic pair. The opposites- THC and the CBD.

Dr. Roman: Right, right. They call that the entourage effect, I believe. That there’s… that the family of cannabinoids and the CBD in particular, potentiate and improve the effect of tetrahydrocannabinol (the THC) that’s interesting that you should say that. How long have people been talking about those kinds of things now.

Dr. James Duke: Well I didn’t get into it myself. Kate, can you tell when I started that database?

Kate: I don’t know when you started the database but did cannabis ever come up when you were working with the USDA?

Dr. James Duke: Oh, Hemp… was always there, as a euphemism for cannabis. and there were USDA ventures in experimental fiber but not… most of the USDA work was done in Mississippi, of all places – Stoneville.

Dr. Roman: How ironic. And speaking of hemp, that is a plant thats also been touted for its remarkable properties in regards to cleaning up the environment outside and pulling out heavy metals from the soil, as well as creating new composite materials and even as potential food in the future. That’s a very vast… that’s a wide array of properties that it has and I’ve read that you’re a proponent of using botanicals and plants in more than just a medicinal way but also for whatever we can in the environment to keep a, you know, a sustainable environment with how we live.

Dr. James Duke: Well Let me explain what I learned int he hospital on my first adventure in the hospital a couple months back when I was put on “modern medicine” (in quotes) and their one “medicine” treats all. And I think its the biggest farce there is in our medical system. The Natural medicines are cheaper and safer.

Dr. Roman: Yeah, polypharmacy is a massive problem I’ve noticed and thankfully I’ve been able to get a lot of my patients off of the lists of medications they’re on by adding just one natural medicine.

Dr. James Duke: Yeah I think that the herbal medicines are overlooked by an incredible factor.

Dr. Roman: One of the things that I’ve noticed is that the government seems to forbid people from using natural supplements, specific ones in certain situations, unless they’ve been used in the diet for, you know, in the past, just naturally; and I was wondering if you knew if cannabis was ever used in the diet in the past even though its been prohibited, maybe before that.

Dr. James Duke: I feel certain that its been used for example in Thailand where they add it to the soups for vegetable soups.

Dr. James Duke: Yeah, when I was there.

Dr. Roman: How long ago was that?

Dr. Roman: Okay. And, um… where do you see the natural medicine industry going in the future or cannabis, specifically.

Dr. James Duke: I think all of the synthetic pharmaceuticals are dangerous and most of the natural phytochemicals are safe but you gotta prove its safe if you gotta. You shouldn’t even be studying those pharmaceuticals.

Dr. Roman: Well, I’ve moved out of that you know allopathic medical field that why I’m here to learn new things and expand my knowledge as much as I can. For my patients really. What would you say to me as words of advice as a young physician moving in the direction that i am in my career.

Dr. James Duke: The feds are gonna be there a long time.

John: What’s that? The plants will be there a long time?

Dr. James Duke: No. The FEDS will be there a long time.

Dr. Roman: I guess you’ve had to deal with that before, perhaps? Or maybe not yourself.

Dr. James Duke: No I didn’t do marijuana research. Most of it was done in Stoneville, Mississippi. We did some minor research there in ))) but that was on how to get rid of it. Not use.

Jared: Jim, how ‘bout in your travels when they airdropped you in the ganja fields in Jamaica. Were you learning about cannabis then?

Dr. James Duke: Yeah I was there to collect the cannabis and the… we had armed guards with our helicopters.

Dr. Roman: So you got air dropped into Jamaica to collect cannabis from there?

Dr. Roman: Why? Why wouldn’t they just get it from you now their local street dealers.

Dr. James Duke: Because we wanted to correlate it with the growing environment. In the cockpit country was different from normal environment. It was very coarse, rich and elevated, not elevated but, multi -pitted.

Jared: So a lot of limestone in the soil there?

Dr. Roman: What are your thoughts on organic vs inorganic growing?

Dr. James Duke: I tend to favor organic when the price isn’t too high but I can’t pay a huge premium for organic.

Dr. Roman: I don’t really have too much more to ask. Do you have anything else to ask?

John: Sure, I’ve got a lot of questions here. Tell us about, I don’t know, hemp and the common marijuana and any other plants in that group that you know of and what you like most about them, why you think they’re important.

Dr. James Duke: Richard Evans Schultes he was at Harvard, overplayed the difference in the wild and the tamed.

John: Schultes, is that a researcher or the name of a plant?

Dr. James Duke: Richard Evans Schultes was a scientist at Harvard and he was a, he said there was medical marijuana then there’s non medical marijuana… I say bullshit! ‘Cause there’s many varieties. In many countries. Every country grows it.

Dr. Roman: Have you ever heard of the idea that marijuana… that it has a properties to it… that the THC and the cannabinoids are meant to actually… they do two things… well… among the many things they do, two things I learned about recently is that they make the leaves on the inside of the plant die off to kind of increase the efficiency of the leaves, but also theres anticancer properties because apparently marijuana was originally, originally it comes from the Himalayas, where the sun was hitting it so strong that it had to develop some kind of antineoplastic properties to it. That’s one theory that’s out there. Have you heard anything like that before?

Dr. James Duke: I don’t remember the Himalayas but I do remember that India (and Asia) was a major source. But it’s been everywhere for so long that I don’t…

Dr. Roman: …it sort of traveled with the people, it seems.

Dr. Roman: Thank you so much for talking with me.

Dr. James Duke: …if you have more questions.

Dr. Roman: Okay. Definitely I will.