Rick Simpson is a household name it seems these days. The man claimed to be the creator of Rick Simpson Oil, as it is dubbed by legendary marijuana advocate Jack Herer (“The Emperor of Hemp“), was kind of enough to talk to me last week over skype and have a cancer discussion. I was not sure what to expect of Rick. My experience has taught me that people with wild ideas — regardless of if they are positive or negative or real/fiction — these people have something unique and special about them that tends to make them quirky. I wasn’t sure what to expect with Rick.

I was once a skeptic of any alternative medicine. Today, I advocate an alternative medicine as one of the most prominent medical marijuana clinicians advocating the field of “Allopathic & Osteopathic Marijuana Medicine” (can we just lump the two together into allopathic, my osteopathic colleagues?). There have been things that I’ve seen in my patients that I would have considered to be miracles in my past career. Mr. Simpson said the word “cure” a lot during our conversation. Unlike when other alternative medicine proponents claim a cure for cancer, this time around… I think there may be some truth to this.

Researchers have known for decades that cannabis inhibits cancer growth. Like this article by Munsen, et. al, in the Journal of the National Cancer Institute all the way back in nineteen seventy-five (’75!). Mice with tumors treated with THC and CBN had decreased tumor growth and increased mortality. These studies were done using isolated cannabinoids. Now imagine if the “Entourage Effect” were in play – the theory that combinations of cannabinoids working in unison have a greater effect than the sum of their individual cannabinoids.

Isn’t it interesting that medical marijuana does not cause head and neck cancer or decreased lung function or chronic obstructive pulmonary disease, even though it contains similar carcinogens and three times the tar when smoked? This may very well be due to the anti-cancer properties of cannabinoids that are present with marijuana smoke! That’s my belief right now.

I asked Rick Simpson to speak to me because I needed to discuss with him my findings, the recommendations I make to patients based on those findings, and his opinion on other cannabinoids. I needed to know if his experiences matched up with mine. But first, I needed to find out if he was sane.

Rick is certainly a Doctor despite not having a medical degree. He called himself a regular guy. That may be true but that regular guy realized that cannabis oil had anti-cancer properties so he began treating patients with homemade bootleg marijuana concentrate, now most commonly referred to as RSO for the oil that bears his name. He knew it was illegal, so he did all he could think of – communicated his findings to officials, authorities and to the whole world. He wanted to show that he wasn’t making money off this, he wasn’t giving it to people so they could get high; he was witnessing a drug better for cancer than he had imagined would exist! Everyone should know, he thought, so that we can help as many people as possible.

Unfortunately, as is so often the case, this medical marijuana medicine man was met with criticism from authorities who would eventually label him a criminal. There are kings and queens today asking to meet with that criminal because they consider him to have developed and popularized a life-saving cancer medication that may be — or at least lead to — a cure for cancer.  Now almost every cancer patient I see brings up the topic of Rick Simpson Oil. This is the holy grail of medicine on the cancer patient grapevine. 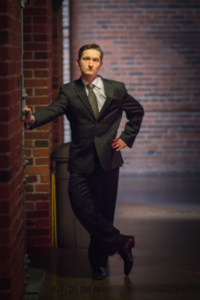 In regards to cancer, CBD has little effect. While Rick believes that Cannabis Indica strains are preferred for their therapeutic effect, it seems that the reason for that is their higher THC concentration. We both agreed that CBD is not as important for antineoplastic (anticancer) activity. In fact, it can pretty much be left out. Now, there is some in RSO and in most cannabis. It may actually have a beneficial effect against the cancer, too, but compared to THC it is really negligible.

I knew from prior reading and discussion with patients that RSO is essentially highly-concentrated THC marijuana extract. I also knew from reading the scientific literature that THC appears to have the majority of anti-tumor effects. CBD, on the other hand, has properties that contribute to marijuana’s efficacy, but mostly for other conditions like pain, nausea, and the short-term adverse effects of THC. CBD causes THC to work on pain so there may be a component of it working on cancer, but for the most part we believe that it is negligible compared to the amount of THC used.

Rick Simpson prefers marijuana in the edible form. However, he does not deny the benefits of inhaled therapy. Probably the levels required to reach RSO protocol doses would be unachievable by inhalation. Then again, with dabbing today – who knows?

Sometimes patients baulk at me when I suggest that they use marijuana in an inhaled form. This is even more true to patients with lung cancer. I recommend vaporized cannabis for lung cancers because it can be administered as proximal to the tumor as possible. What better way to apply cannabis onto a tumor in the airways and lungs than by inhaling? Actually, I generally recommend a combination of inhaled and oral THC products, but both I and Rick agree that if the disease is in the lungs, inhaling applies the THC at a location that targets the cancer effectively. 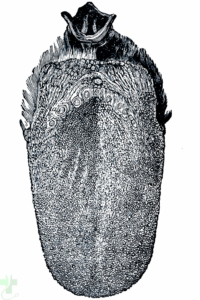 Rick Simpson confirmed my opinion that the notion of taking marijuana products sublingually is over-stated. To me, it’s absurd and my patients should take heed when confronted with someone suggesting “sublingual” or “under-the-tongue” administration. Just smile, nod and swallow. Everyone swallows it eventually and it becomes an oral cannabis treatment just like edibles infused with cannabis, for example.

Now, I admit there is little evidence out there on sublingual marijuana administration. To me, it’s because the idea of it is too far-fetched for researchers to study. However, I did dig into it and I’ll save this topic for a post of its own.

Rick also felt that suppository forms of marijuana are ineffective. He felt that unless the cancer was located in the colon or rectum for topical application, suppositories are less effective and impractical.   This article on cannabis administration supports that notion. Unless it is chemically-altered, THC is not bioavailable as a rectal suppository.

So you can stick your suppository up your… NO. Don’t… My point is – DON’T stick them up your ass!

I told Rick that I recommend to patients that they use marijuana as much as possible for cancer because the effects of THC on cancer are dose-dependent. He agreed wholeheartedly. Then, he explained his protocol for dosing RSO in cancer patients. Essentially, every 4 days the dose is doubled. You can imagine the rate at which THC doses increase. This goes on for up to 5 weeks, which can be extended if more time is needed to tolerate the psychoactivity (i.e., “high”). I’m not sure if I could recommend the same dosing rate, but Rick did confirm to me the need to titrate doses as high as possible in patients with cancer (unlike pain).

Rick Simpson is a genuine and honest man that is transparent about his views. I’ve developed a deep appreciation for Rick Simpson. He holds a lot of skepticism when viewing the medical cannabis community’s trends in belief. I always respect someone with that kind of outlook on life. It’s the only thing keeping us from being swept away by fanciful hopes and dreams cemented into our brains as truth through repeated confirmation bias. Eventually, the cognitive dissonance becomes irreversible.